The scales on the Liz Taylor are black velvet studded with imitation diamonds.  While the real Ms Taylor would probably frown on imitation diamonds, the cost of real diamonds would have seriously offset the pricing for the other models, all of which are in line with each other.  If real diamonds were inlaid, I doubt it would have come in at 38 Francs like all the others!

Other than the special scales, the Liz Taylor model is pretty well in line with the other models in the series- as mentioned above it is a Waiter/Bartender model, and it also features the typical blade markings. 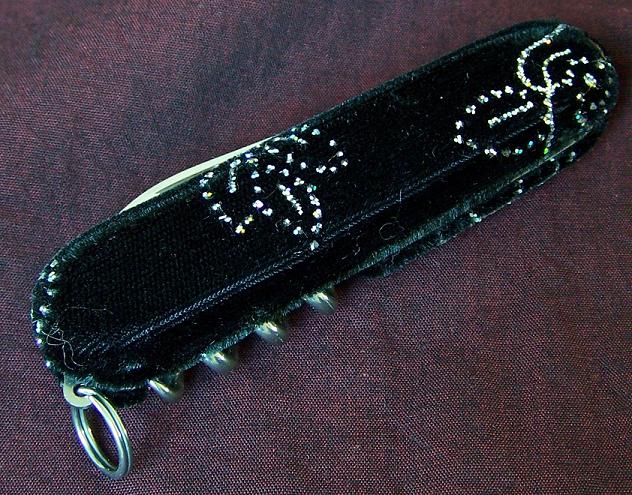 Despite it’s inlaid “diamonds” the Liz Taylor model is probably one of the most subdued of the Urban Chameleon line, as I am sure you have seen from the previous models showcased here!  I promise, another strange one next month!