When I first got this bad boy last week, I actually said "wow" aloud after opening the monstrous main blade. Bigger by far than the Swisstool  RS blade and about as wide as the alox blade.  Features a nice sliding blade lock on the scales as opposed to the trekker liner lock which it shares the same body style with.

Weighing in at just under 7 ounces its definitely beefy and for some reason reminds me of a hot dog. Tools include 3 1/4" locking blade, pliers, scissors, 2 phillips screwdrivers, wood saw, bottleopener/flathead screwdriver/stripper, can opener/small flathead, corkscrew, awl, keyring, toothpick & tweezers. 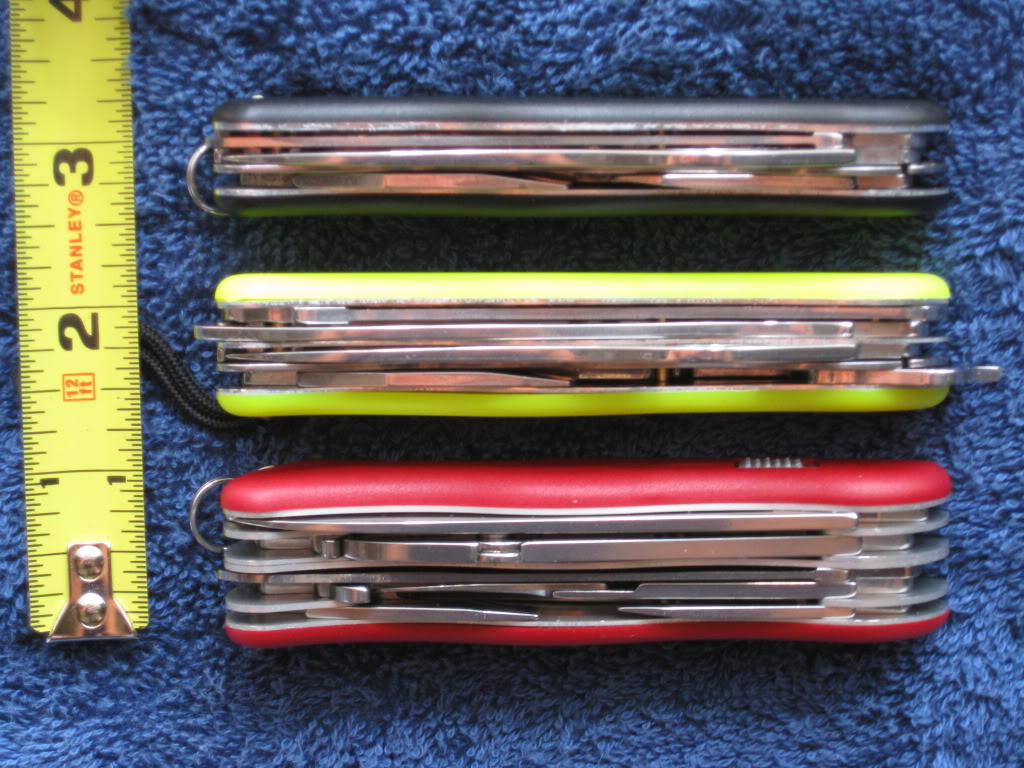 A great SAK, perhaps my favorite at the moment, and aptly named. 5 out of 5 Stars!!