How did this model get started? How many GI’s came home with Swiss Army knives in their pockets? The basic requirements to survive in the field are right there in your hand. This knife has opened more rations than we could ever count. How many cans of food, oil etc have been opened with the can opener? The screw driver has probably tightened more screws than we can count. The awl? The awl has picked and poked more different things than it was made for. The last and the best tool on the knife, is the bottle opener. Need I say anything more? 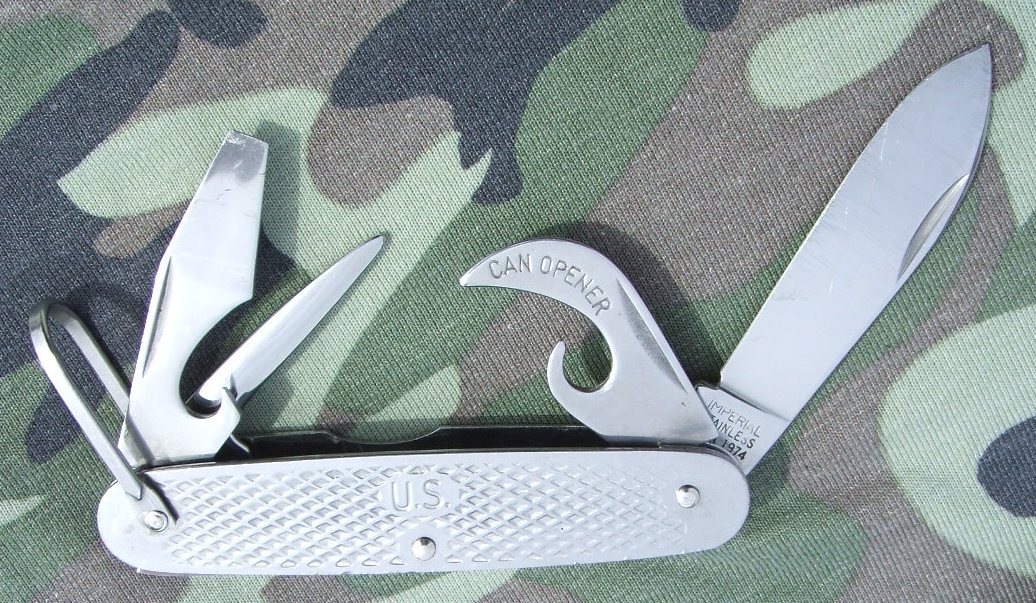 The Mil-K-818 is a simple stainless steel pocket knife of the "Swiss Army Knife" pattern. Colonial and Camillus were the prime contractors. The Mil-K-818 is has been out of production since Camillus closed. The US Military refers to this knife as the “U.S. Military Knife (United States Government Spec MIL-K-818D)” or the short version, “Knife, Pocket NSN: 5110-00-162-2205.”

The lists of makers of this knife have been Stevens, Kingston, Ulster, Imperial, Western, Case, Queen and Camillus. 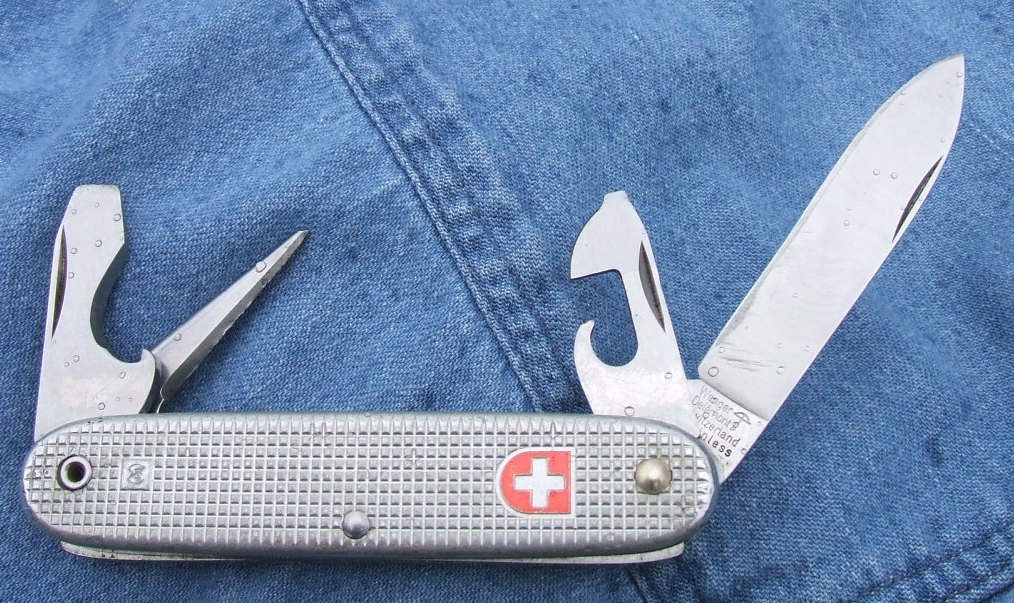 When the US Marine Corps needed a small, inexpensive utility pocketknife, they started with a design that was already proven and decided to make it stronger. How did they make it bullet proof? The best way was to replace the stamped “Alox” scales and lightweight liners with solid stainless steel parts.

Suitable replacement knives are the Victorinox Soldier and the Boker Scout Knife from A.G. Russells. Did you know the screwdriver on the Swiss Army knife perfectly fits the sights adjustments on a SIG P210 pistol or Strumgewehr rifle?

The nickname “Demo Knife” has been attached to this knife. That name is inappropriate and dangerous. There was a rumor that got started because the knife was made of stainless steel. It was thought stainless steel was non-magnetic and therefore could be used to de-activate mines without setting them off. That is a mistake because stainless steel is magnetic, but the nickname has stuck. The term “Demo” is short for Demolitions. Magnetic or not the knife is still useful for “DEMO” personnel. The United States Army knife has “US” embossed into the scale. The Canadian Army knife does not have any markings on the scale. So that would be a U.S.A.K. and a C.A.K? Another point is all these knives have a year stamp onto the blade. Remind you of any other manufacture? Who need a reason to collect knives, especially knives with your birth year on them? 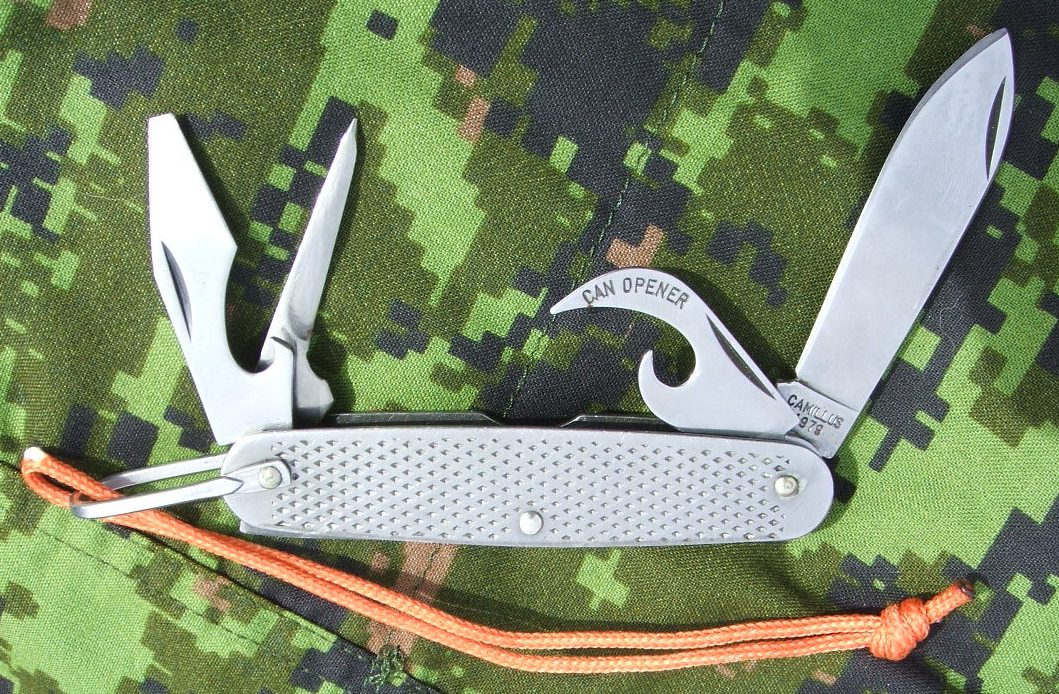 In the first years of production, each knife was stamped with an individual serial number until1949. The year of production has been stamped on the tang of each knife’s primary blade. In 1973 the opening stud was dropped from the Screw Driver/ Bottle Opener blade. The original specification called for brass center liners, these parts were all switched over to stainless steel at some time between 1949 and 1973. With these minor alterations, the design of these knives remains unchanged.