Welcome to the Pre shield years. These Pre shield years runs from 1965 until 1976. These knives have an unmarked, wide cross on the aluminium scales. It is in the wide cross that the Swiss Arms Inspector stamped the scale with his “WK” acceptance stamp. The position of these stampings will now divide these years into a variant 1 and a variant 2 type for the 1961 model. 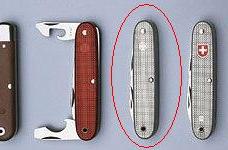 Variant 1 (1965 until 1971)
In 1965 the red-colored grips were dropped, because the red color was not practical. The newer aluminum handle scales were left in the natural color and only anodic oxidation was applied to protect against abrasion.

It is at this point in this article where the road blocks started to land in front online casino of me.

The Victorinox website has a beautiful picture of the soldier’s knife history. 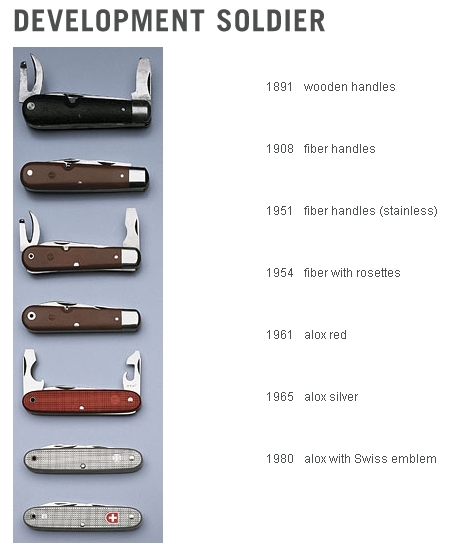 I sent off an email to Victorinox to find out who was right. This is a major corporation in Switzerland. I thought they did not have the time to respond to my query. About a day later, Urs Wyss from Victorinox replied to my query, apparently I was right. Me right! Enough said, lets move on.

I also have to thank Mr. Wyss for forwarding an article from Horst Brunner. He was an avid collector and specialist in Soldier knives. Mr. Brunner unfortunately passed away last year. I will be asking Grant to add his article to his website for all of us to down load. Unfortunately, it is in Swiss German only.

I was wondering when Wenger changed from two lines (WENGER-DELEMONT) to the newer four line (WENGER-DELEMONT-SWITZERLAND-STAINLESS) and with the crossbow emblem. I am writing this article about a week before Christmas and have not got a reply from Wenger yet, but with the samples in my collection, I would say the change was made around 1966.

There you have the Pre Shield years in a nutshell. Next month will be the Red Shield or the Variant 3 model.