One of the great things about collecting SAKs is that Victorinox and Wenger have been at it so long, that there are always hidden gems that keep you guessing. Add to that the millions of variations, custom pieces (both factory and aftermarket) and one off models and you have a virtually limitless supply of oddities, and the more you look, the more you will find that you know less than you thought you did! And, it gets even more interesting when you have friends that are looking out for you!

One such friend, SOSAK member PTHYCRPG, who pops up from time to time here with an article or SAKtivity, managed to locate for me a 1974 (my birth year) AMEFA Soldier model, as seen in another article this month. What I wasn't expecting was some additions to the Swiss Made Army Knife section of my collection, in the form of these two Spartan models, one in traditional red and the other in Swiss Camoflage. 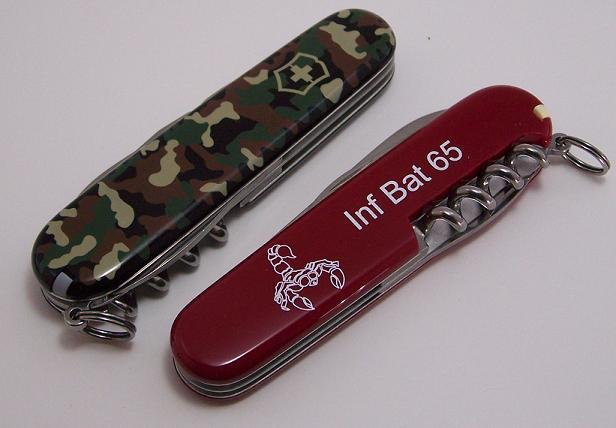 The interesting feature of these knives is that they both carry the markings “Inf Bat 65” and the image of a scorpion, representing the 65th Infantry Battalion of the Swiss Army. The scorpion was chosen, according to a Google Translation of their website, because it represents mobility, speed and a lethality that Infantry units the world over are known for. As per their website: 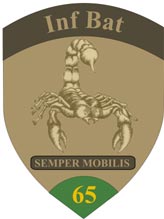 Various features of our links Inf Bat 65 with the scorpion:

It's like a typical defender Inf Bat. He defends himself decisively, once an opponent gets too close to him. With its Kopfklauen and the two scissors, he holds like a Inf Bat 3 items or 3 infantry companies to the defense. As a reserve or as a heavyweight item he wears a similar spike in the 4th Fight Company, a movable means to fight decision. The shell of the scorpion is not fully armored, but similar splittergeschützt the Radschützenpanzern.

We always want to be mobile, in both meanings of these Latin words:

With our Radschützenpanzer and the accompanying infantry we're fighting where the enemy is expected. The logistics, management infrastructure and support arms allow for this flexibility through its 100% Mobility

To seize the benefits of physical mobility and opportunities in rapidly changing combat situations, flexible thinking is a prerequisite. The tactical understanding and the resulting battle preparations should always allow for flexibility. 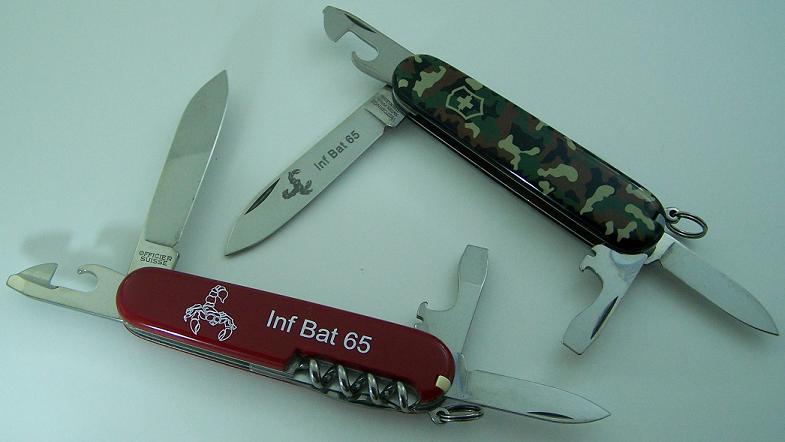 Powerful words like this are familiar to just about any ground pounder, past or present, illustrating that the only things that seperate real men, real soldiers, is the flag on their shoulders.

The knives themselves are exquisite as well, and something that any unit would be proud to put their name on. The red one has “Inf Bat 65” and the scorpion in white, making it stand out beautifully from the red scale. The camoflage one, which I'll admit to not noticing at first, has the same markings etched into the main blade. 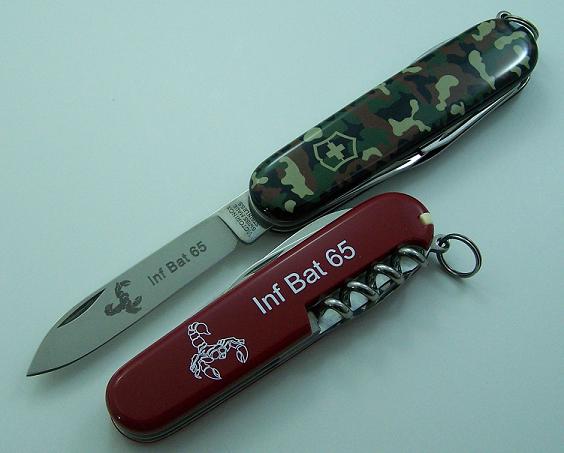 I'd like to take a moment to thank Rick (PTHYCRPG) and his contact within the 65th Infantry Batallion for the knives, which I will very proudly include with the rest of my military knives.