Shortly after last month's newsletter went out I got a reply from the top man at WengerNA (who by the way was also nice enough to send along the great anniversary wish you see at the side!) wanting to know if any of us would be interested in one of very few 2008 stamped Wenger Standard Issue (Soldat) models.  Naturally I jumped at the chance- in fact, so much that had there been any more enthusiasm, I might have landed myself in the hospital! 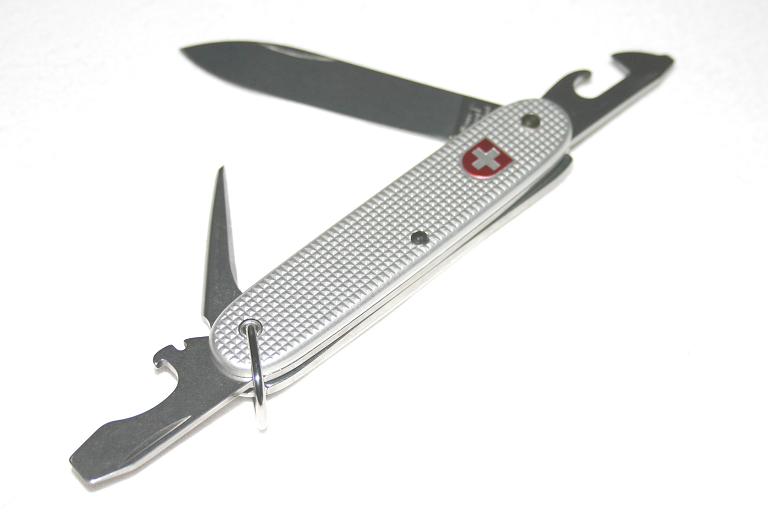 Being the man he is he managed to obtain a very small number of these amazing collectibles, which are a must have for any collector.  Bear in mind that there is an extremely limited number (single digits here folks!) available, with a slightly less limited number (barely into the double digits) that were available to him initially.

But, thanks in large part to our contact at WengerNA and our own Felinevet Tim, we have managed to secure the remaining number of 08 stamped SI's for SOSAK members!  I would suggest contacting Tim for details on how to get one of your own, and I wouldn't hesitate as these are extremely rare.

That having been said, these only differ from regular production Standard Issue models by the date stamp.  These are not the only ones made for 2008 (and beyond), they are simply the only ones stamped with the year, which would have been done to supply the military in the first half of 2008 before the change over to the new 111mm Soldier model was issued.

This is a stock photo from Tim's shop, and I'll have more photos next month when mine arrives!  Meanwhile, a huge thanks to Tim and Dennis for making this happen for us!