Another Look at The AutoTool

I recently came in contact with an individual who was involved in the manufacture of the AutoTool, which is often referred to as one of the few Victorinox failures along with its equally maligned cousin, the SportRatchet. He advised me that his company, Lacey Manufacturing in Bridgeport, Connecticut, was responsible for putting together both tools on contract for Swiss Army Brands (SABI) then in Shelton, Connecticut. According to my correspondent, his company was responsible for making the side plates (scales) with the name on them (“Victorinox” on one side, “AutoTool” on the other) and assembling the various parts using the “orbital riveting process.” The steel blades and plastic parts were consigned by Swiss Army from abroad. My informant told me that at one point he made a special prototype of the AutoTool with highly polished handles, but Swiss Army rejected it claiming the cost was too high. In any case, Swiss Army stopped ordering both the AutoTool and the SportRatchet, probably because of their weight and the numerous returns, especially of broken Ice Scrapers on the AutoTool. The Scraper required a release lock lever to close, and many users, like most people, never read the manual that came with the tool. As a result, they forced the plastic Scraper to close without releasing the lever, thus breaking it completely off the AutoTool.

The AutoTool was probably intended primarily for the American market since the Digital Tire Pressure Gauge is calibrated in pounds per square inch (psi) instead of the metric kilo Pascals (kPa). Its display is activated by a small battery that unfortunately cannot be replaced, another possible reason why the AutoTool was discontinued.

I encountered several problems with the AutoTool that may explain why Swiss Army withdrew it from the market place in addition to those already cited. Unlike the SwissTool and SwissTool Spirit, the AutoTool’s steel blades, like those of the SportRatchet, wobble slightly when locked in the open position, an indication perhaps that Swiss elves were not involved in its assembly. A more serious problem involves using the Ice Scraper. Since it is attached to the AutoTool, if it somehow slips out of one’s hand while cleaning ice from the car’s windows—a distinct possibility considering its weight, almost ¾ of a pound, especially when wearing gloves on a cold, wet winter’s day—it can scratch or possibly break the glass! The Fuse Puller posed another problem. If not properly clipped onto its rivet, it may seem securely in place but will eventually slip off the AutoTool; one hears a distinct snap or click when it is properly secured.

In any case the AutoTool, together with its close cousin the SportRatchet, are interesting, if not practical, products of Victorinox.

Picture 1: The AutoTool closed. To the right between the two rivets is the lock release lever for the five stainless steel blades

Picture 3a: The AutoTool showing all its steel blades including the Can Opener, .73 ounces in weight.

Picture 3b: The later version of the AutoTool showing all its steel blades with the long 2 mm Screwdriver in place of the Can Opener, .72 ounces in weight. 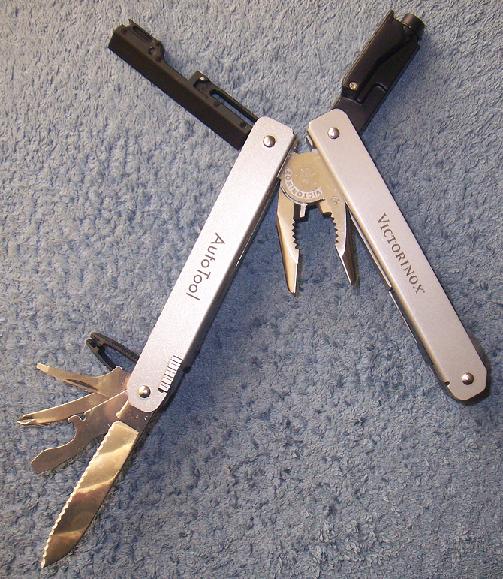 Picture 3c: The AutoTool showing all its features opened except for the Flashlight, which is in a fixed position in the handle opposite the Digital Tire Pressure Gauge.

Picture 4a: The AutoTool showing the Flashlight to the left and the Digital Tire Pressure Gauge in its closed position to the right.

Picture 4b: The AutoTool showing the Tire Pressure Gauge pivoted to its open position. This picture also shows the Fuse Puller to the left and the Ice Scraper to the right in their closed positions. 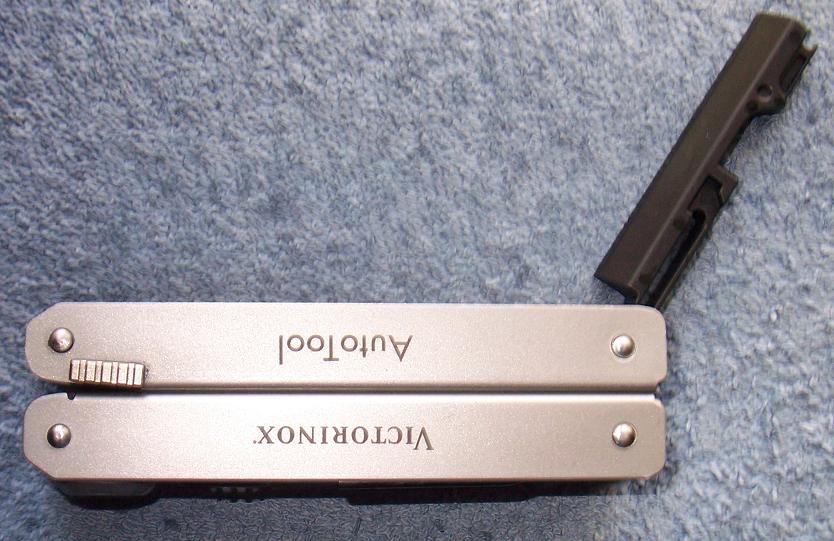 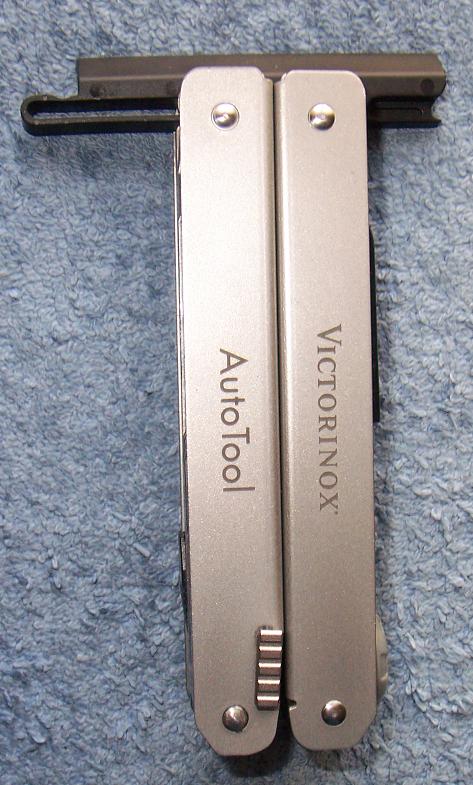 Picture 5b: The Ice Scraper securely locked in its working position. 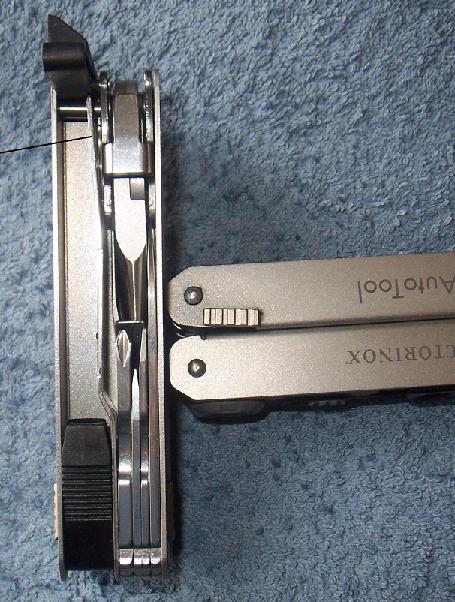 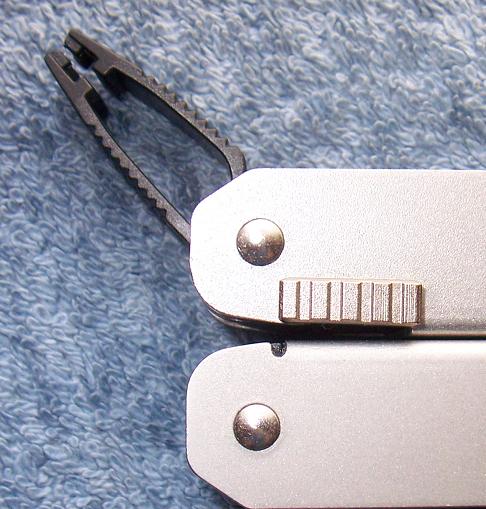 Picture 6a: The Fuse Puller attached to one of the rivets of the AutoTool. It is easiest to remove by first pivoting it at right angle to the handle and then pushing it outward. 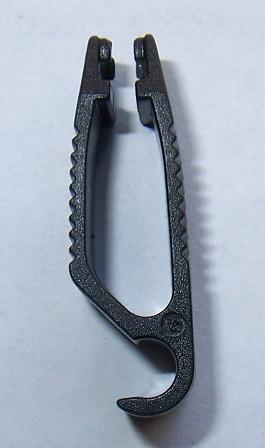 Picture 6b: The Fuse Puller detached from the AutoTool. The Puller can handle both the old style round fuses as well as the newer flat ones.