One of the many SwissTool variants that made my “white whale list” is the Australian Army Issue Black SwissTool.  Well, it seems that particular white whale has been caught, not by shrewd searching or unyielding focus on my part, but because it saw fit to throw itself in my boat!  Putting that crude metaphor aside, the real story is that a friend helped me buy another oddball SAK, but when it arrived on my doorstep, it had also brought this SwissTool with it! 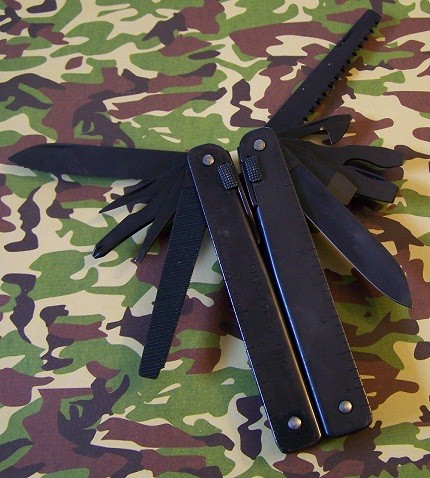 Of course on first glance I wasn’t sure what it was since the sheath has no markings- no Vic logo or other markings anywhere on it.  It’s still as solid as any other SwissTool sheath, but it’s a slightly different design, and uses Velcro instead of a snap to hold the tool safely inside. 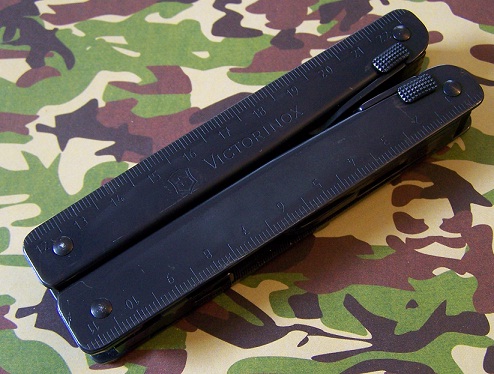 Once opened it’s obvious that this is something to make any SAK fan drool- a black coated SwissTool  is enough to set off most collectors, but the added engraving on the side sets one off even more.  Engraved on the side is the familiar crow’s foot followed by 5110-25-147-5018, which has had collectors scratching their heads for some time.  As our old pal Dunc put it:

I've being doing a little research and although I can't confirm I'm 100% correct here goes with my theory.

The Number on the side of the tool is part of a NSN ( Nato Stock Number ) and is a parts/store number. I'm a bit confused because Australia isn't part of NATO.   But it is in the British Commonwealth and so shares the Military Broad Arrow just like Canada .

Onto the number itself . I've found out the the first part 5110 puts it into the Handtool category. Next is the two numbers 25 which is the NCB pair and is from the U.S designation meaning National Codification Bureau and is used to record which country was the first to code the item , which one first recognized it is an important item of supply.Britain is 99 the U.S numbers are 00 and 01.

Now heres the crunch Norway issued the BO std Swisstool 3 years before the Australians did so it stands to reason the the Number 25 is for Norway maybe Switzerland but my moneys on Norway as they would have triled several different tools and chosen the Swisstool .Norway is also a member of NATO so that would explain the full number 5110-25-147-5018 .But and this is where I need some help from the guys from Norway because as far as I know Norway doesnt use the broad Arrow ( crows foot ) like the Brits and commonwealth countries do .So while I'm 100% sure this tool is Std Australian issue I really would like to see whats stamped on the Norwegian models , maybe nothing is stamped on them  but then why stamp a number that roots lie within NATO onto a tool for a country that isnt in NATO

Copied from a discussion on Multitool.org 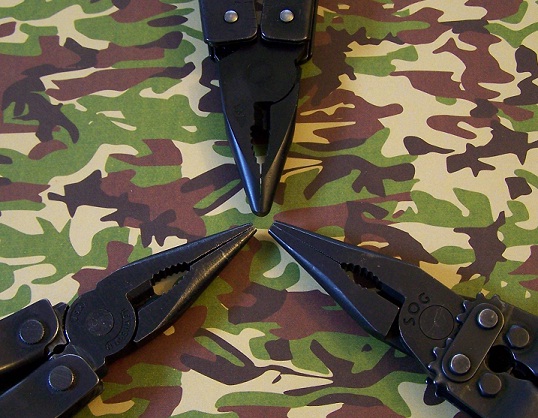 As the story goes, the Australian Army had field tested the SwissTool, Leatherman Supertool 200 and SOG PowerLock, and eventually decided on the SwissTool.  Following the test period 10,000 SwissTools were ordered and made official issue.  I’m not certain of how large the Australian Army is, but this seems like a rather small number of tools for a rather large, if sparsely populated country, so I wonder if they are only being issued to specific types of troops, if the number I have is incorrect, or was just an initial order.  Either way, it’s good to see another Vic model in service!