For a while now I have been interested in getting a Spirit S model, and I really liked the looks of the black oxide version- thanks to my friends at www.Multitool.org I now have one to write about!  What can I say except thanks to all the guys that contributed!  Needless to say, I decided the best way to thank these guys I would make a big stink about it, and here it is!

The Spirit S model is almost the same as the standard Spirit model except that the scissors are replaced with a more standard SAK style drop point.  The drop point has a cut out on the spine so that it fit’s the handle ergonomics, but does take some time to get used to- it looks bent like a backwards kukri!

As with the original Spirit, the S model has pretty close to if not the highest function to weight ratio of any other multi on the market, and when factoring in the cost, both versions of the Spirit are easily the best deal in the multitool industry.

One common question about it that everyone asks but I have no answer to is the so called peanut butter blade, which was the biggest complaint about the original Spirit.  Frankly I don’t mind the peanut butter blade (in fact I like it!) but I am not thrilled at losing the scissors, so I think my preference is going to be for the original Spirit.  In addition, I rarely carry or use black coated multis since they scratch easily, but this one is indeed a thing of beauty!

So, for all my friends at Multitool.org, I thank you and I appreciate this more than I could ever say.  You guys are the best friends a guy could find online! 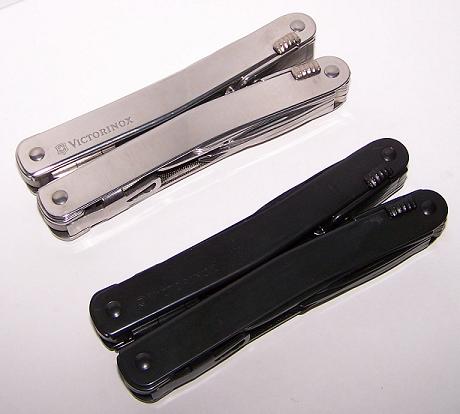