I’ll admit it- I never actually expected September would arrive!  After seeing one of the Heritage knives last February at the SHOT Show, I have been anxiously awaiting this month, and to be honest,  I’ve been drooling over them

A quick recap- the Heritage knife is a reissue of the original 1893 military issue model- the first real Swiss Army Knife made by Wenger, made by hand in the same way as the original.  The only difference is the new components are cut out by water jet- see this video from Peter Hug, CEO of Wenger SA in Delemont:

These are a limited release, with only 1,893 units being produced, and each one having a nice wood presentation box, a recreation of the original plans, and it’s own individual serial number.  It’s also first in a series of Heritage knives, with new models coming out every other year.

Retail price on these is listed as $500 per knife, but contact Tim at Felinevet for special SOSAK Member Pricing.

Hopefully we’ll have a more detailed look/review of this knife soon. 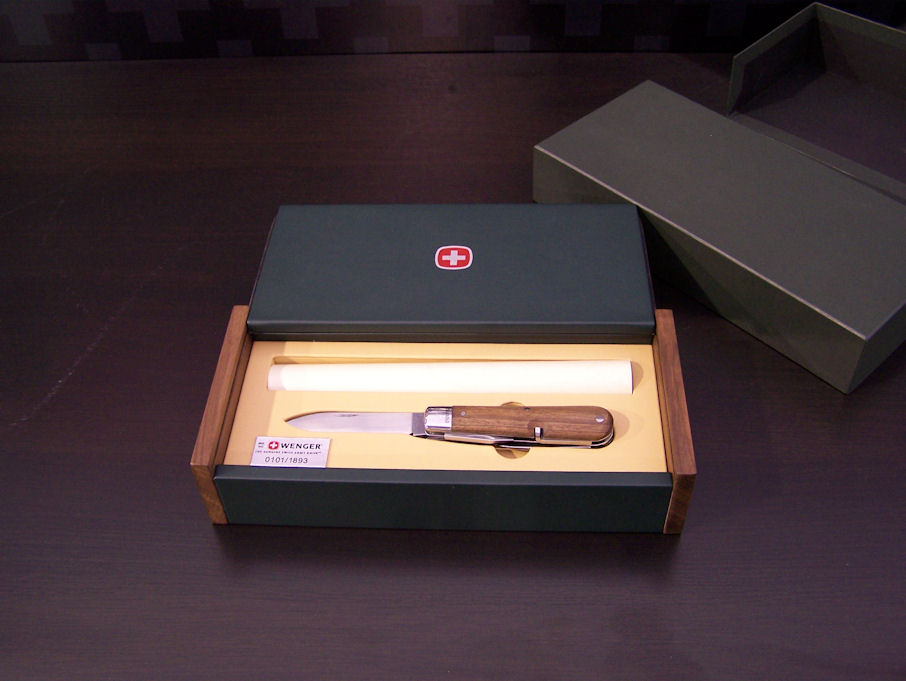